Moving forward with technology, we are looking to other platforms to get our great club out there.
We currently have a Facebook page and recently created an Instagram page.

Give us a like and a share and get some pictures of your round up, or pictures of the course and wildlife around it. 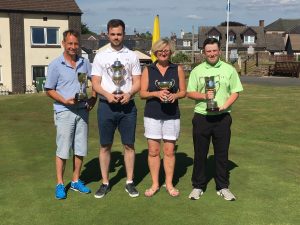 Congratulations to all competitors.
Thanks to the club staff for the catering in the clubhouse and greenkeepers for the upkeep of the course.

Thanks to the committee for refereeing the matches in such glorious weather.

A special mention must be made to the Irvine family, with Fiona and Leslie, mother and son, holding the Ladies and Gents Championship together in the same year.

Well done to all Club Champions of 2018

The Auld Alliance will be the first competition of 2019.

The Nairn and Rodger Gents Singles, The Gents Senior Open and The Senior Mixed Open will also be available online to book.

Congratulations to all winners on trophies, medals, prizes and open competition wins throughout the 2017 season.

Over the season, the captains’ charity has been Dumfries and Galloway Blood Bikes.

Pictured is 2017 Captain Mick Casson and Ladies Captain Veronica Casson presenting Derek Hunter with a cheque for £1850. Money raised throughout the season for this great cause.

The course has been fantastic throughout the year and most of the competitions were full from great support from members and visitors alike.

The club would like to thank all members, visitors and the staff of the club.

Without these the club would not be able to run the way it does throughout the season.

Special thanks to the secretaries and conveners who do the job as a volunteer.

Last but not least, the greenkeepers who have made Lochmaben Golf Club the best parkland golf course in the South of Scotland

This year, the competition was won by Linda Nairn, Margot Cook, Fiona Irvine and Jo Patterson.

A great day was organised by the Ladies Section of Lochmaben raising a total of £3750 for Breast Cancer Research. 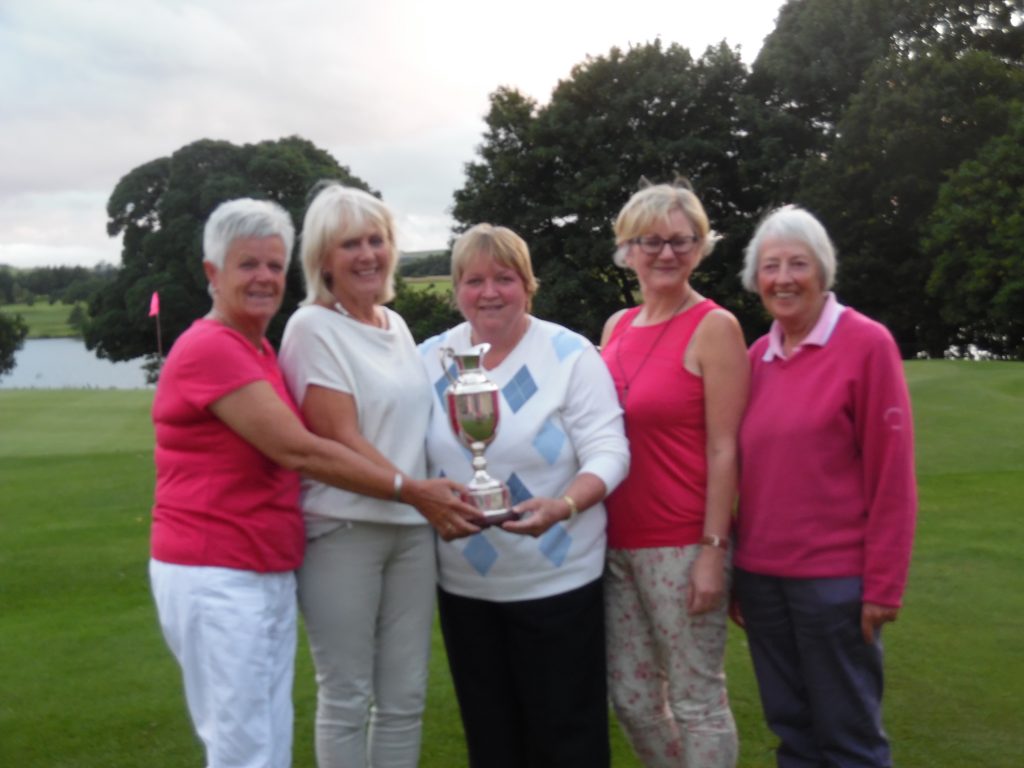 Pictures from The Kirk Loch Texas Scramble will be updated in here as i receive them from people who had taken more on the day.

Course Status Currently Open
Club News & Info
LOCHMABEN GOLF CLUB  COURSE CLOSED DUE TO THE ONGOING CORONAVIRUS (COVID-19) PANDEMIC In compliance with government advice and Scottish Golf  the course is now closed. Any changes to this will appear on this web page. Members will be emailed accordingly.aaa
More Info »
Gallery